Coming out April 1: the Gay Geezers' Guide to a Good Life 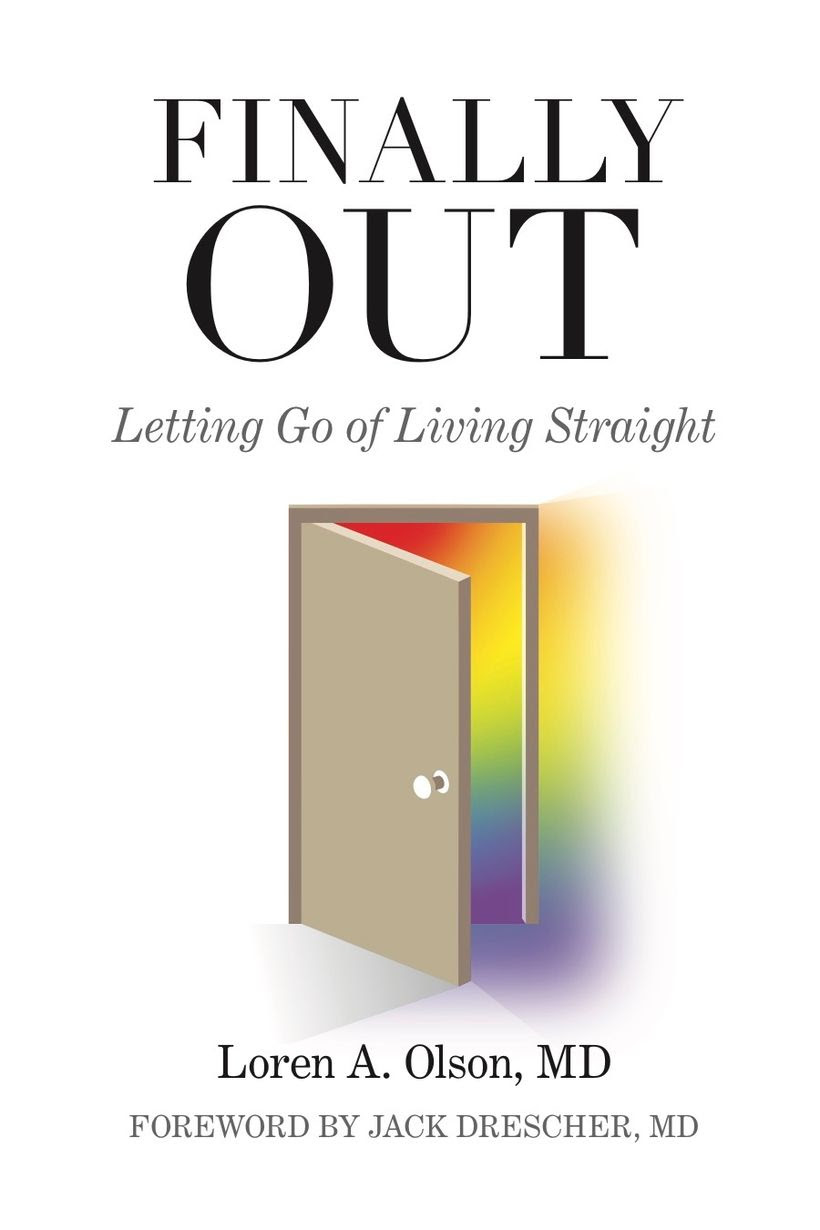 When I am not busy publishing screeds and jeremiads here, I make a living as a bookseller.

Most of my trade is in rare and collectible books: I leave the current market to those who know how to deal with the big publishing houses.

But I still read new books, and was delighted to read an advance copy of my friend Loren Olson's new book recently.

Like Dr Olson, I'm another latecomer-outer at 40. I put it off knowing my family would not take it well, and they more than exceeded my expectations. Recently I attended a memorial for my surviving parent, who died at 86 having turned her back on me two decades ago.

A sister and I once found ourselves separated from our spouses (I use the term loosely; she later offhanded, "Well, you can call it whatever you like, just don't ask me to call it marriage," a comment whose sting I wonder if will ever diminish); my last letter from my mother- to John and me- was a directive to us to rally around my sister in her time of crisis.

When mine came shortly after- the crisis- I got silence.

So men of my generation and, for many in ones before and since, find we have to figure it all out ourselves. If there's been a book on it in the last 25 years, I've read it. Many I sent to my parents, only to learn my mom's response was to trash them unread: "I can't let your father see things like that."

It's an evolving field in which to write. Some coming out issues are forever. Others are more contextual, as the times in which we live change- and have changed- dramatically.

Loren Olson's new book is one of the best ever in its field. But don't take my word for it: here's a fine review from The Huffington Post, by another professional in the field:

Roman, a 95-year-old grandfather of five, and one great-grandchild, made headlines when he recently decided to come out of the closet. He’s been married to the same woman for 67 years. What made him decide to come out now? There are “certain things I want the world to know,” he said. While Roman’s timing is, perhaps, later than most, he’s not alone.

Men who grew up in conservative homes where being gay wasn’t a thing, or at least not a thing with which they could identify, eventually come face to face with their own realities. Dr. Loren Olsen, author of Finally Out, Letting Go of Living Straight, knows a thing or two about coming out later in life. A successful psychiatrist living in the Midwest, Olsen said he simply did not identify with the gay label.

He, like many men in his era, grew up when homosexuality wasn’t just frowned upon, it was illegal. As a doctor, he read the literature describing the life of gay men as child molesters living in the shadows. He knew that wasn’t a description of him, so he concluded he wasn’t gay. Olsen married and joined the Navy. His life remained in tact, relatively unquestioned until he was 40.

Yet, Olsen said the feeling that something wasn’t quite right had always plagued him. “The conflict between our rational thought and our feeling thought creates within us a great sense of dissonance characterized by considerable anxiety. We try to control that anxiety by repressing this inner contradiction to bring our mind into unity,” he says in his book.

In fact, it is common for many men who come out later in life to experience this kind of cognitive dissonance for years. Some are very aware of why they experience the mental conflict, but still feel the burden to conform to societal, often religious, pressure to lie to themselves and those around them about their same-sex attractions.

Olsen explains that those who resolve the conflict successfully do so by “developing a moral integrity—an authentic relationship between who they want to be and who they think they are.” They simply stop trying to please others, Olsen says.

But then what? How does a man who spent most of his life living as a heterosexual, perhaps married to the opposite sex, and maybe even with children, learn to navigate life in the LGBT community, which is often dominated by a youth culture? Finally Out takes a holistic approach to coming out later in life. Olsen’s unique perspective as a physician, psychiatrist and gay man who came out later in life gives the reader the best of all worlds.

Olsen grew up in a conservative religious community, so he’s well versed in how Scriptures are interpreted and doctrines are enacted toward people with same-sex attractions. “Fundamentalist Christians define homosexuality in terms of what gay people do, not who they are,” he says. Olsen struggled, like many men from a similar background, to reconcile his sexuality and faith for over 20 years.

Leaving a community of faith, not just a marriage and the security of a socially accepted “heterosexual lifestyle,” is usually wrought with fear, anxiety and uncertainty. These men, who have often benefitted from positions as leaders in their churches and/or business communities, now face finding a new place in the gay community without a support system, on which they have often relied for a lifetime.

Finding support in the gay community by simply jumping out of the closet and into a gay bar almost never happens. The gay community is not nearly as united as many on the outside see it. “The truth is,” Olsen says, “few things bind gay men and women together other than the choice of someone of the same gender as a sexual partner.”

The LGBT community is just as diverse as the straight community, and it’s often difficult for gay men coming out later in life to find their place. Young gay men, like most young people, are often driven by looks and sexuality. An older man, particularly one who may not fit the physical requirements a young man may be looking for, may find acceptance in “the scene” particularly difficult.

Additionally, many men go through a second puberty of sorts as their sexuality is often awakened during the coming out process at a time when other men are settling into the second phase of life. Emotional and sexual needs can easily intertwine, sometimes leading to sexual exploration involving risky behavior. Dr. Olsen describes the complexity of our sexuality as “discovering the night sky.” It is vast, complicated, and completely natural.

Olsen delves into many of these topics with the wisdom and advice of an experienced friend, who also happens to be a doctor. He skillfully blends research and personal and anecdotal stories to provide a road map for men seeking to become authentically whole.

This is a must have book for any man coming out later in life, as well as mental health professionals seeking a better understanding about the issues faced by older gay men. Finally Out, Letting Go of Living Straight is available from Amazon.com on April 1, 2017.
at Monday, March 27, 2017

Waldo Lydecker: Glimpses of a Life

As the world turns